Tomorrow as it used to be

Penguins and penny farthings; seals and “steampunk”. Oamaru is a place where eccentricity and eco-tourism flourish with equal vigour against an architectural backdrop that seems to have emerged unscathed from the 19thcentury.

The past is not just preserved but celebrated in new and unexpected ways.

A recent example is a huge replica steam engine rearing from the ground on twisted rails driven by a demonic-looking character created from scrap metal and given to programmed outbursts of loud whistles and writhing steam.

Centrepiece for a well crafted and highly popular exhibition held late last year, it’s one of several “steampunk” sculptures that could be found lining the grassy central strip of Oamaru’s wide main street. 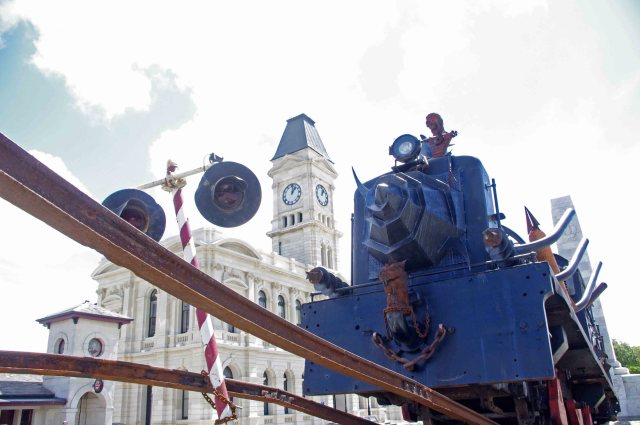 So just what is steampunk? And why is Oamaru its self-proclaimed NZ capital?

A full explanation can be found at www.steampunknz.co.nz – courtesy of the town’s Victorian League of Imagineers. But, in brief, it’s a rebellion against our disposable plastic society expressed through a whole range of alternative imagined futures that could have sprung from the technological bedrock of Victorian times.

Or possibly a damn fine excuse to put a lot of local talent – and eccentricity – on show.

The exhibition byline – “tomorrow as it used to be” – is certainly a damn fine description of Oamaru. 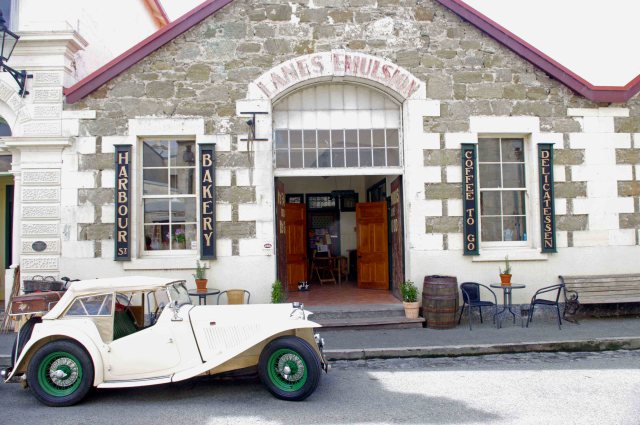 While much of the world is rediscovering the lost arts of gardening, baking, and bottling, Oamaruvians never quite got around to giving them up. The town boasts a fabric shop in its main street, a “Smash Palace” spare bits mecca for home mechanics and a building company that can turn its hand to mock steam engines as well as pre-assembled bathrooms.

All evidence the Kiwi DIY gene didn’t get a chance to die here.

The ability to build on its past is most evident in Oamaru’s wealth of heritage buildings. A sort of serendipitous neglect – or absence of dollar-centred developers – left whole areas of the town historically intact. Far-sighted citizens saw this as ‘key to future’ rather than ‘remnant of past’.

These days, the “old” town’s whitestone buildings house an eclectic bunch of craftspeople whose skills range from bread baking and whitestone carving to restoring Victoriana. This could be the only place in the world where you can try – and buy – a Penny Farthing bike.

While I have my own special places to re-visit – Oamaru’s public gardens have to be amongst the best in New Zealand – it’s a town worth seeing through fresh eyes.

On my latest trip, I arrived with a young German hitch-hiker who enthused over so many historic buildings. And what they contained. “There is an Opera House here! Really?”

Yes, indeedy. It’s right in the main street of town, hosts a whole variety of visiting artists, puts on great shows – and also serves very decent coffee. My travelling friend was even more impressed when he found it was an easy walk from opera house to the wild, seal-strewn beaches that a growing number of endangered penguins call home. 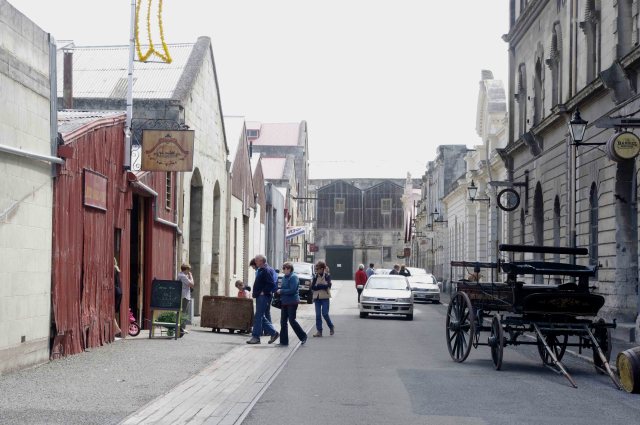 It’s this close mix of civilisation’s advantages and nature’s wonders that has seen an increasing number of tourists (and North Islanders) heading to an area that even seems to enjoy its own micro-climate – the nastiest local weather often passes right on by.

Though small enough to be friendly – shopping is seldom just a financial transaction – Oamaru is big enough to support a theatre and art gallery, its own hospital, a frothing café culture and some seriously good restaurants. Riverstone, just north of the town, recently topped Cuisine magazine’s national poll of provincial restaurants – and with the eponymous founder of “Fleurs” (which made nearby Moeraki a foodie’s mecca) now setting up in town, things can only get better.

There are other changes. These days, Oamaru is wrapped about by lifestyle properties, as well as more conventional farming. It has a thriving community garden, plentiful organic produce, a highly successful cheese factory and some great wine being made just up the Waitaki Valley.

Meanwhile, the surrounding natural environment hasn’t changed. However, the kelp-laden coastline with its crashing waves and abundant marine life has become a whole lot more visible. Once a town that seemed to have its face fairly firmly turned away from the sea (you could drive right through on SH1 never knowing Oamaru boasted a beautiful harbour), it’s been busily building eco-tourist appeal on the back of its penguin population.

Little blues are a focal point. These can either be viewed to order at the specially designed facility alongside the harbour or practically tripped over at several points along the surrounding coastline as they return to their nests from a day’s fishing. 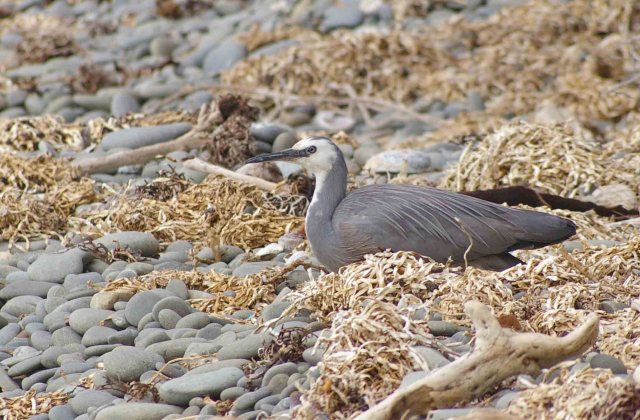 If you don’t like your wildlife served up in a controlled environment, a short walk will take you to rocky bays strewn with paua shells, driftwood, piles of kelp – and fur seals. 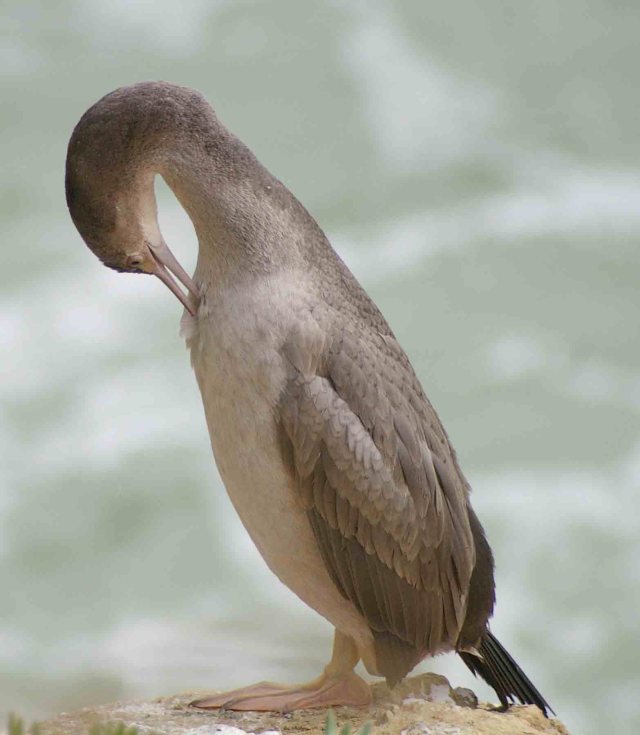 themselves on rocky cliffs and at dusk it is becoming increasingly possible to spot the endangered hoiho or yellow-eyed penguin surfing in at dusk.

Perhaps because the world now boasts far too many creatures poised on the precarious edge of extinction, the sight of these hunched little characters crossing the stretch of shore between sea and nest evokes a kind of reverence. Their strident calls echo around the cliffs like ancient music.

It’s a sound I never tire of. It’s part of the area’s past that, with help, is gaining a stronger foothold in the present. And it’s part of the magic that will keep me returning to an area that is tomorrow as you want it to be.

1 Response to Tomorrow as it used to be